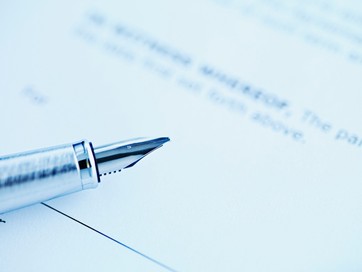 I have a confession to make: I’m a bit of a geek (or maybe a nerd; I never could figure out what the difference is).  I say that because I enjoy drafting contracts.  One of the reasons I like to engage in such geekdom is that (1) drafting a contract for a client forces me to understand my client’s business better; and (2) I feel like I’m truly using my skills to protect my client’s interests.  That’s why I wrote here that using online documents for your business is a very, very bad idea.

Please, please, please don’t use online resources for your legal documents. . . . Online documents are barely sufficient at best, and almost always inadequate in any meaningful way. Legal documents are not “one size fits all,” and so many of the legal tasks and processes that look simple are actually quite complicated under the surface.

Having said that, there are some provisions that almost every business contract should contain.  You may have heard these provisions collectively referred to as “boilerplate.”  The following is a list of 11 boilerplate provisions, and why they are important:

So there you have it: the 11 provisions almost every business contract should contain.  Keep in mind, though, that this list isn’t exhaustive.  There are lots of other boilerplate provisions that may need to be included in your particular contracts, not to mention the non-boilerplate terms and provisions that will reflect your particular business deal.  Also, although I told you what these common provisions do, they still take very careful drafting in order for them to be effective and provide you with the maximum protection available.  Which brings us full circle back to my statement that simply finding samples of these provisions on the web and pasting them into your business contracts is a very bad idea.  Believe me when I tell you that it is much less expensive to pay a business attorney to draft your contracts correctly, than to litigate a poorly drafted contract.