You may have heard the common aphorism that Christians “are in the world, but not of it.”  (The Bible doesn’t actually contains those words exactly; the proverb is derived from Jesus’s teachings in John 15:19 and 17:14-16.)  As a Christian theological position, this is a fairly uncontroversial statement.  As a legal one, particularly for churches, it can be an insidious trap.  Churches must be aware of the “worldly” legal issues that can have a dramatic impact on their ministry.

Churches and religious organizations actually receive a great deal of special treatment with regards to various legal matters.  For instance, churches and religious organizations are generally exempt from income tax, and receive other favorable treatment under federal tax law.  Further, ERISA (Employee Retirement Income Security Act of 1974) laws do not apply to retirement plans established and maintained by churches for their employees.  The federal Religious Land Use and Institutionalized Persons Act (RLUIPA) gives churches and other religious institutions a way to avoid certain burdensome zoning law restrictions on their property use.  Under Alabama law, a church can file for corporate existence with the probate judge of the county in which it exists, but does not have to file with the Alabama Secretary of State as other corporate entities do (saving the $100 filing fee!).

So, in many ways churches are treated specially under the law.  However, because of these special legal treatments, and because of an “otherworldly” view of the church in general, church leaders can wind up forgetting or simply failing to adhere to basic legal forms and principles.  Churches, particularly small churches (and large churches that don’t yet realize they are no longer a small church), can tend to act awfully informally — sometimes a bit too informally — with regard to the corporate formalities incumbent on any legal entity.  This can come back to bite them.

Several years ago I represented one faction of a major international denomination in a dispute that wound up splitting the denomination and costing it many hundreds of thousands of dollars in litigation expenses.  My clients maintained that they were the duly elected leadership of the denomination; the opposing faction, of course, claimed that they were the legitimate leadership.  Many hundreds of millions of dollars of church property were at stake.  One of the primary issues I had to argue was whether or not the executive board of the denomination (my clients) adhered to and followed its own organizational and governing documents in transferring leadership from the prior leaders (the opposition) to the new leaders.  I argued that the formalities and procedures outlined in the denominational charter, constitution and bylaws were followed, and thus the new leadership was the proper leadership.  The trial court agreed with me, as did the Alabama Supreme Court.  But it was, to some degree, a Pyrrhic victory — the church split was irrevocable.  Had my clients not followed their organizational documents to the letter, the result of the lawsuit may very well have turned out very differently.

A few years later I was again called upon to represent a segment of a local congregation that was deciding whether to leave their current denomination and join another, or remain with their current denomination.  The governing documents of this particular church required a simply majority vote of the congregation to approve the motion to exit the denomination; however, despite this clear provision, the church’s governing body voted to require a supramajority to approve the motion.  After the votes were counted, the church found that although they obtained a wide margin of votes over the majority requirement, they fell just short of the ad-hock supramajority number.  As you might expect, this caused a great deal of conflict within the congregation.  Many members called for a re-vote based on the simple majority requirement.  As you might expect, the victorious congregants vigorously opposed this idea.  The church wound up staying with their current denomination, but lost about a third of its members.  In this case, had the church simply stuck with the clear provisions in its organizational documents, the legitimacy of the vote would not have been in doubt, and the church could have moved on as a body.

I relate these experiences as a cautionary tale to church and religious leaders to take their corporate responsibility seriously.  Be careful to strictly adhere to all provisions of your articles, charter, constitution, bylaws, book of order, and any other organizational and governing documents.  Keep good minutes of your board and other leadership meetings.  Take advantage of any legal counsel your association body may offer.  Have local legal counsel available to answer your questions, review your procedures, and generally keep you on the right legal track.

For the sake of your ministry, be in the world, and legally compliant. 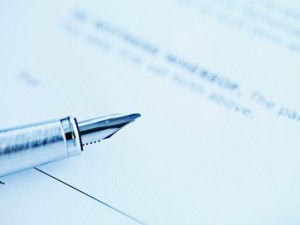